How Addiction Affects the Brain 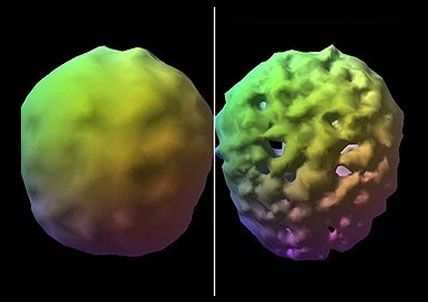 How Addiction Affects the Brain

Addictive substances hijack existing systems in the brain. These systems are supposed to support survival by making people like things that are good for them. The means to do so is a release of dopamine, a perfectly natural hormone that promotes good feelings.

But some chemicals can cause the brain to release up to 10 tens as much dopamine as it does for normal signaling. This basically destroys the body's ability to tell "good" from "bad" by sending strong signals that this destructive chemical is the best thing ever and we must do more. Not doing it causes withdrawal, which feels bad. The combination of feeling vastly better than normal on the substance and vastly worse when trying to get off it makes it a hard habit to break.

As the body deteriorates from the abuse, it becomes yet harder to interrupt this pattern. Addiction can interfere with both appetite and sleep patterns. Eating properly and getting enough sleep are both primary ways the body takes care of itself.

Additionally, people prone to addiction typically have an underlying condition that predates the addiction and predisposes them to being more vulnerable than average to having their limbic system hijacked by addictive substances. (The limbic system is also colloquially called the "brain reward system.") Addiction is nearly impossible to resolve if these underlying problems remain unaddressed. A successful approach will take into account these underlying problems and address them along with the substance abuse per se.

Neurofeedback is an up and coming methodology for treating addiction. You might also know it by the name Electroencephalogram (EEG) Biofeedback. It is a means to retrain the brain. It involves monitoring brain activity via sensors.

One of the reasons that this approach is gaining traction is because it does target some of the underlying issues that can lead to addiction. These include a variety of disorders such as anxiety, depression, and insomnia.

If you are struggling with addiction, or know someone who is, and other methods have failed, this is a potentially new avenue to investigate. It is a non-drug approach that, nonetheless, helps mitigate the harsh symptoms of withdrawal. Look for a program today that offers it.