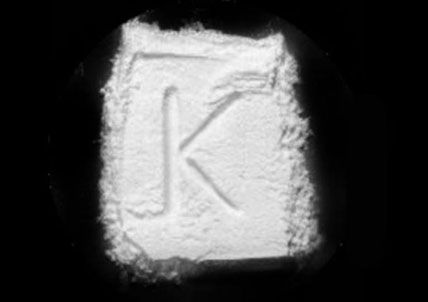 Ketamine is a drug belonging to the hallucinogenic category and is commonly used by teens and young adults at clubs or raves. It also can work as a tranquilizer for both animals and humans. As with many drugs in this category, ketamine is very addictive and hard to stop using by oneself. Users of ketamine undergo chemical changes in their brains that make quitting extremely difficult without professional help. Once a person is addicted to ketamine, obtaining and using the drug takes over their life. They are also likely to experience cognitive impairment such as memory and speech problems.

Signs of a ketamine addiction include the following:

The key to overcoming ketamine addiction is obtaining professional help. Professional treatment can allow users to safely withdraw from the drug and get medical and psychological treatment for the drug's devastating effects.

Ketamine has a variety of nicknames including Special K, Vitamin K, Dorothy, and Kit Kat among others. It has medical use as a tranquilizer and is for sale under the brand name of Ketalar. It is considered a Schedule III controlled substance along with drugs like codeine and anabolic steroids. Drugs in this category don't always result in physical dependence, but they are high risk for psychological dependence. The high from ketamine is short-lived and so users have to keep taking more, which leads to a quick build-up of tolerance.

Ketamine is not legal without a valid prescription. The drug can come in various forms, including a liquid for injection, a white powder or a pill. It is one of the drugs in the "date rape" category as it can easily be added to a beverage due to its lack of color and odor. Users of ketamine report a numb, blissful state while on the drug, but to others, the person is rendered completely helpless and even unable to stand.

Sometimes ketamine users combine the drug with other drugs, which can exacerbate the effects. This is especially true when the combined drug is a depressant like alcohol or marijuana. Other commonly combined drugs include LSD, MDMA, and DMT.