What if I have a co-occurring disorder? 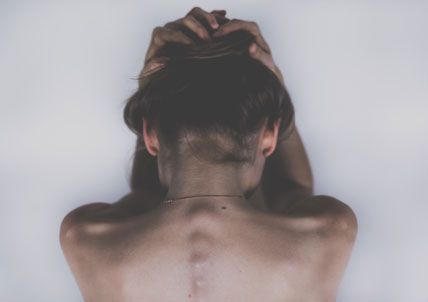 Many times people who are diagnosed with a mental disorder such as depression, bipolar disorder, etc, also suffer from some type of addiction. This means that the individual has co-occurring disorders, known as a dual diagnosis.

WHAT IS A DUAL DIAGNOSIS?

Both mental illness and addiction originate in the brain, and one leaves the individual susceptible to the other. A person suffering from addiction may develop a mental disorder or exacerbate an existing one. Drug abuse counselors and mental health experts alike recognize drug abuse as the first indicator of a mental disorder. Although researchers are unsure why co-occurring disorders are so common, theories include:

- Pre-existing mental health issues can be intensified by drug use.

- Those who use drugs to self-medicate and relieve the effects of mental disorders are unaware that drug use only covers up the real problem.

The most common mental health issues that co-exist along with drug addiction are depression, anxiety, Obsessive-Compulsive Disorder, eating disorders, Post-traumatic Stress Disorder, and Bipolar Disorder. of these, the most common occurring is anxiety. Approximately 18% of adults in the United States suffer from anxiety and the panic attacks which often accompany it. People who suffer from anxiety often become easily addicted to anti-anxiety medications known as benzodiazepines.

It is estimated that approximately 1 in 10 adults in the United States suffers from depression. For those who choose to self-medicate with drugs or alcohol, the negative feelings and emotions that occur when the substance wears off can have devastating effects on the brain that is already dealing with depression.

Obsessive-Compulsive Disorder is a mental disorder that manifests in the form of a number of different uncontrollable behaviors. The constant, stressful effects of these behaviors often lead the individual to substance abuse for temporary relief.

Eating disorders are caused by a mental condition which presents with feelings of inferiority and low self-esteem. Oftentimes the individual has suffered some form of abuse. This mental disorder is one of the most-often found conditions in a dual diagnosis.

Post-Traumatic Stress Disorder occurs following an individual's involvement in or witnessing of extremely traumatizing events in their lives, which can then affect them in several ways, manifesting in night terrors, violent outbursts, etc. This is one of the most-frequently self-medicated of all mental disorders.

HELP FOR THOSE WITH DUAL DIAGNOSES

For those who have been diagnosed or who think they may suffer from co-occurring conditions, it is extremely important to seek out counseling and/or other treatment right away. As one condition can exacerbate the other, it is imperative that the correct form of treatment(s) be administered so as to avoid making either one worse. Help is available, and it is confidential.