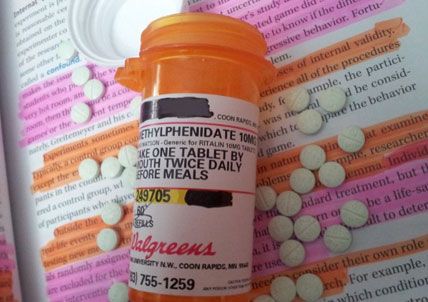 Ritalin (methylphenidate) is a prescription central nervous stimulant commonly used to treat Attention Deficit Hyperactivity Disorder also known as ADHD in both children and adults. Ritalin is a federally controlled substance, classified as a CII (C2) drug. It is classified as this because of how it can be abused or lead to a dependency. Any CII drug, also known as a schedule II substance, is considered to have a high potential for abuse.

Being a CII drug, Ritalin has a high abuse risk. This is a potentially deadly risk as stimulants can lead to sudden death. Ritalin is often abused by athletes, professionals, and students due to the fact that Ritalin increases alertness and concentration. Students prescribed with Ritalin may also sell or give out their Ritalin to other students to help. Ritalin can also provide a high, some students may take it just to get that feeling. Ritalin abuse symptoms can be very serious. Ritalin is a stimulant and thus is considered an ‘upper’ or, like amphetamines, ‘speed’. Those who abuse Ritalin are much more likely to take more and larger doses to extend its effects.

People who abuse Ritalin run the risk of a multitude of side effects including:

Symptoms of Ritalin abuse can also include those above as well as:

Ritalin abuse becomes a compulsory habit. Meaning someone who abuses Ritalin has to have it. This can become very dangerous and detrimental to not only one’s health but to one’s family and other relationships. Unfortunately, like many other stimulants, Ritalin increases the amount of dopamine in the system. Dopamine is a naturally occurring chemical in the brain that is released to essentially make one ‘feel good’ as part of a brain chemistry reward system. This can become highly addictive. Ritalin abuse is a great risk. In 2010 the CDC found in a survey that 1 in 5 students have abused prescription drugs, including Ritalin. There was no difference in drug abuse by gender. The abuse was found to be the most common in 12th-grade students. Ritalin abuse can happen to anyone of any class, in one study, Ivy League students reported having misused Ritalin and other prescription stimulants. Ritalin abuse is treatable, if you or someone you know is suffering from Ritalin abuse please contact us. We will find the best resource for you to help get you on the road to recovery and get back your life.