Oxycodone is referred to as 'Oxy' or 'Hill billy heroin' 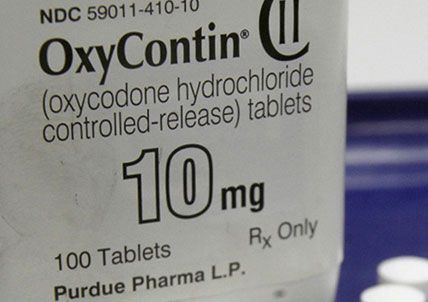 With over 50 million prescriptions filled by U.S. pharmacies every year, Oxycodone has become one of the most popular painkillers for those in need. Oxycodone is a strong, opiate painkiller which provides relief from the debilitating pain which is common among end-stage cancer patients, and those suffering from long-term chronic pain. Along with the rising popularity among patients in immense pain, the drug has seen a growth in substance abuse. Like most opiates, the effects become stronger and more euphoric at greater doses. This is the cause for Oxycodone addiction, and eventual dependence on the drug. In many cases, an addict will be prescribed the drug without any intent of abusing it. They will get their prescription filled, and take it according to their doctor’s orders. However, continual consumption of the drug will lead to the formation of a tolerance to it. The initial dosage of the drug will soon become much less effective, forcing patients to take more and more of the drug. Eventually, the doctor’s prescription will be far from enough for the user to get the desired effect. When an opiate dependence becomes strong enough, acquiring the drug can become the most important thing to a user. This constant search for more of the drug can drive good people to use criminal methods, stealing the drug from pharmacies, or even buying it from a drug dealer. A constant fear of returning pain, or suffering through the effects of an opiate withdrawal can lead users to an extreme dependence on the drug, refusing to live their life without it. Approximately 75 percent of those who abuse narcotics choose Oxycodone, resulting in over 150,000 visits to the emergency room every year.

As ugly as it may seem, Oxycodone is a drug which provides relief for thousands of patients who find themselves in constant chronic pain. It is not the drug itself which is to blame, but the way in which the drug is prescribed and managed thereafter. There are a few measures which can be taken in order to treat the addiction, or prevent abuse of the drug altogether. Though consumption of Oxycodone must be discontinued, it is not advised for one to quit “cold turkey.” A qualified medical professional can assist with a medical detox to rid the body of traces of the drug. Anyone who is or knows someone abusing Oxycodone needs to be fully aware of the dangers of such opiate dependence, and find help from health professionals as soon as possible.