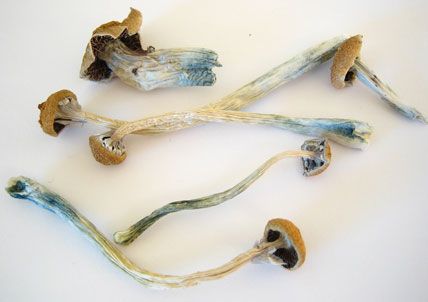 How Does Hallucinogen Addiction Begin?

Hallucinogens are drugs that are meant to distort people’s perceptions. They affect brain chemicals, serotonin, and acetylcholine, which are responsible for perception and behavior. Hallucinogens, in general, cannot be termed as addictive. However, some people grow to be dependent on them, in what is known as hallucinogen psychological addiction. Based on statistics, people who abuse hallucinogens are mostly between the ages of 18 and 25 years. People who abuse hallucinogens, commonly start abusing it as a means of having fun. With time, the addiction kicks in, and, these people feel that they cannot do without the drug.

Hallucinogen addiction manifests itself both physically and in behavior. People who abuse hallucinogens will normally exude rash behavior, feel suicidal, cause accidents and indulge in unprotected sex. These people might also notice vomiting and nausea, dilated pupils, mood swings, lack the ability to differentiate between reality and fantasy, memory loss and fluctuating temperature.

Like other drugs that are commonly abused, with the continued abuse, one’s tolerance towards hallucinogens increases. This means that with time, one will usually require a larger dosage to have equal fun.

Hallucinogens have adverse effects when abused. This is psychological, physically and in terms of behavior. Some of the side effects will be noticed within a short while of abusing hallucinogens, while others will take a longer time before the effects can be noticed.

The physical effects of hallucinogen abuse include coma, memory loss, blurred vision, rapid breathing, seizures, hypothermia and hyperthermia, speech impairment and even death. On the other hand, amnesia, anxiety, irritability, depression, mood swings, violence, euphoria, psychosis, hallucinations, and paranoia are some of the psychological side effects of hallucinogen addiction. And, when it comes to personal life, you may find that relationships between the person and other people become strained, financial constraints and failure in career.

There are no pharmacological treatments for hallucinogen addiction. However, this doesn’t mean that the dependency is not treatable. Treatment for such persons involves helping them feel calm and telling them that they can have fun without the need of using hallucinogens. There are various treatments for this dependency including behavioral therapy and support programs.