Cocaine is a highly addictive, stimulant drug with a number of adverse effects 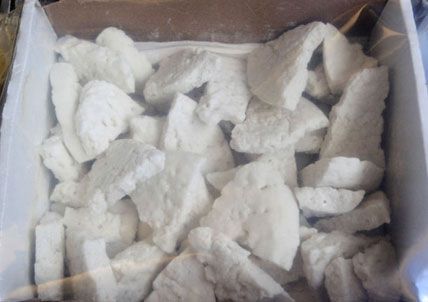 Cocaine is a narcotic drug that increases the availability of dopamine in the brain - the chemical associated with creating euphoric feelings. Cocaine can be an enticing drug because of the pleasant feelings it can create, the excess energy and motivation it can provide. However, cocaine also carries with it the heavy risk of dependency, psychiatric damage, and even death.

Some of the more obvious signs of cocaine addiction are increased agitation, hyperactivity, involuntary movements (like nervous tics), changes in concentration or focus, and lack of inhibition. Non-behavioral side affects of cocaine can be as small as a nosebleed, or as serious as permanent heart damage, and cardiac arrhythmia. Cocaine has also been linked to kidney disease.

Prolonged used of cocaine has been associated with long-term mental changes in addicts, ranging from erratic behavior, to new-onset Attention Deficit Hyperactivity Disorder (ADHD) in adults. Psychotic behaviors are also common, as well as irrational anger the drug begins to leave their system.

When someone is ready to cut cocaine out of their lives, there are several options available to them. The most common ways to treat cocaine addiction include behavioral therapy; rather than treating just the addiction, many drug counselors and psychiatrists will try to find what led to the addiction, and help an addict get past that to promote a long-term solution to their addiction.

Other options include pharmacological therapies, which give the patient a drug that mimics the effect of cocaine on the body, without the actual high. Over time, the drugs are slowly tapered off, allowing the patient to safely kick the need for any drug at all. For cocaine addiction, the most common medication given to patients to help them wean off of the drug is methylphenidate - a medication used to treat ADHD that can provide the same acute focus, without the extremes of cocaine.

If you or someone you care about are suffering with cocaine addiction, finding treatment doesn't have to be difficult, or scary. Call now + (866) 518-4301. Representatives are available to help 24/7, 365 days a year with treatment solutions worldwide.