Methadone is a synthetic opiate analgesic. 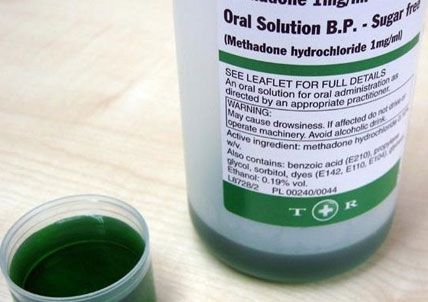 Methadone is a prescription drug, which was initially used by Germans to reduce severe pain during the Second World War. As the drug became widely available, its use extended to include treatment of narcotic addiction. Currently, it is prescribed for the treatment of Heroin addiction, because unlike morphine-based drugs, the impact of Methadone can last for more than 24 hours requiring administration of treatment only once a day.

Unfortunately, its pain reducing properties also make it a candidate for drug abuse. Actually, Methadone is a powerful drug, which can effectively block pain signals to the brain, making it a powerful panacea. The drug is usually taken as a liquid, but it is also available in tablet form. The widespread use makes it easy for patients to buy it without prescription. As a result, Methadone is also available on the black market.

Unlike most other drugs, research has shown that Methadone can have serious side-effects. It is also known that the overdose can quickly cause death. As for others, who regularly use Methadone, it is important to see a medical professional immediately because frequent use of the drug can induce immunity, which may complicate the rehabilitation process.

The rehabilitation process of Methadone is not different from other such treatments; however, it requires acute focus both from the patient and from the medical professional. The treatment requires constant vigilance because careless patients can cause themselves serious injuries leading to instant death. Therefore, almost all cases of Methadone rehabilitation require in-patient treatment, where individuals are kept under 24 surveillance to prevent harm.

The first sign of over-dosage is muscle cramps and diarrhea. Likewise, regular vomiting and muscle spasticity are also experienced regularly. If untreated, these symptoms can lead to respiratory problems and bluish skin such as fingernails and lips. Ultimately, drowsiness, coma, and low blood pressure are common occurrences.

Statistics for Methadone are alarming because health officials believe that the rate of mortality has increased nearly 700 percent in the last 15 years. From 2001 to 2014, there were nearly 47,055 cases of deaths as a result of Methadone overdose. In 1999, the number of poisoning deaths from Methadone was 4 percent of the poisoning deaths from all types of medicines. By 2014, the percentage of deaths from Methadone has skyrocketed to 26 percent. Recent research suggests that nearly 80 percent of these deaths could be prevented as these patients did not seek medical attention.

Where to get Help?

Fortunately, Methadone rehabilitation facilities are playing an important role in helping patients overcome their addiction. In fact, there may be multiple medical facilities in one area, therefore it makes sense to consult a directory, which can help locate high-quality rehabilitation centers.

Reps are available to help 24/7, 365 days a year with addiction treatment solutions worldwide.