Ecstasy is a synthetic drug that alter mood and perceptions. 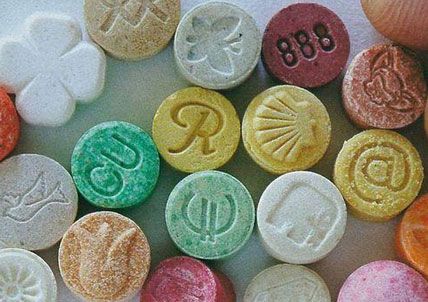 Ecstasy, or most commonly named MDMA among younger crowds, usually starts at a party scene. Because of his hallucinogenic and stimulatory effects, ecstasy is taken to heighten an experience like a concert or large gathering. The trouble with ecstasy is that people might go to these parties to hang out with friends, but they leave wanting just more drugs. That's exactly why ecstasy is so popular at parties; it's passed around freely and large groups are left enjoying a drug that they should very well know its potency. However, peer pressure and party culture can lead one to ecstasy addiction.

The Signs of Ecstasy Addiction

As someone becomes a habitable user, their body will try to regulate the drugs to achieve homeostasis. This is where withdrawal symptoms happen. When the body finally reaches a sort of normalcy, and then lose the ecstasy drug, new symptoms crop up. Some withdrawal symptoms most common in ecstasy abusers are:

The level of abuse can cause withdrawal to be even riskier, some even lethal. That's why it's so important to see professional help when dealing with such a strong drug and its effects even in withdrawal.

So many dangers arise from pure ecstasy, but even more, crop up when you are dealing with mixtures. Drug mixtures of ecstasy with bath salts and PCP can cause much more severe symptoms and even death when taken. Younger adults taking unregulated pills made in basements are subject to different qualities and unknown substances, leading to unforeseen consequences. Some of the most common symptoms when using ecstasy include:

Many of these symptoms over a long period of time can require hospitalization and further drug treatments. If you manage to get past all of these symptoms, ecstasy has been known to cause a spike increase in body temperature. Usually, the damage to the brain and organs is too great to recover the patient.

There is no drug or other hospital care standard for ecstasy users. However, the most effective treatment ecstasy users have turned to is behavioral therapy and support groups.