What medications are used? 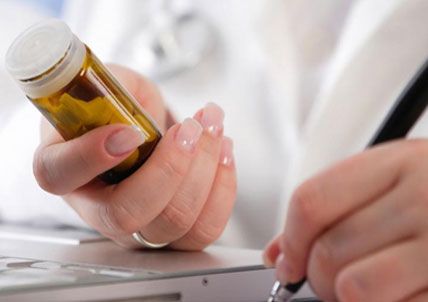 Most of the addiction treatment plans that are effective today use various types of drugs to prevent relapses and manage withdrawal symptoms. In most cases, drug and alcohol addiction relapses occur because the addicts find it hard to cope with the associated withdrawal symptoms. When administered properly, some drugs can have similar effects as the addictive drugs on the addict’s body, thus preventing him or her from relapsing. Such medications are administered as a part of outpatient or inpatient rehabilitation program. Throughout this article, the use of various addiction medications will be discussed.

The first step of addiction treatment is aimed at removing the addictive drug from the body of the addict, often referred to as the detox phase. The period taken to detoxify the body will vary from one addict to another and is accompanied by various withdrawal symptoms, such as:

To prevent such symptoms, different medications may be prescribed. Some of the commonly used medications in this stage include:

- Antidepressants - Various antidepressants, including Prozac and Zoloft may be used at this stage to stimulate the production of happiness-inducing brain chemicals, hence prevent depression.

- Benzodiazepines - These are administered to combat anxiety and irritation, usually experienced by heroin and cocaine addicts during the detoxification phase.

- Clonidine – This medication is used to prevent such symptoms as anxiety, muscle aches, sweating and cramps.

Regular abuse of alcohol can lead to prolonged withdrawal symptoms, lasting up to months, as the addict tries to quit the habit. This prolonged occurrence is known as the post-acute withdrawal syndrome (PAWS). With proper maintenance therapy, alcohol addicts will not only ease PAWS, but also reduce craving for alcohol. In this regard, some of the medications commonly used include:

- Acamprosate (Campral) – Campral is administered to ease the physical and emotional distress associated with alcohol addition.

- Naltrexone (Vivitrol) - This medication is used to curb the craving for alcohol in addicts and may lead to side effects like headaches and nausea.

- Disulfiram (Antabuse) – When administered to the addicts, it causes them to vomit and experience nausea whenever they take alcohol. This discourages the addicts from taking alcohol.

- Buprenorphine (Suboxone) – Functions by binding to similar brain receptors as the addictive opiates would and without getting the user high. This suppresses craving for the addictive drug and suppresses withdrawal symptoms.

- Methadone – These work in a similar manner to Buprenorphine and may be used for moderate to severe opium addictions.

- Naltrexone – This medication reduces the urge to take the addictive drug in addicts.

While some people prefer detoxifying themselves, this can be difficult and dangerous as compared to detoxification under the supervision of a qualified medical practitioner. As such, opting for medical detox ensures that you get detoxified and rehabilitated in a comfortable and safe environment. Supervised detox has a horde of benefits to offer, including the ability to negate health complications as well as a professional tracking of the addict’s temperature, heart rate, and fluid levels as well as breathing rate.

Monitoring such aspects allows the medical practitioner to adjust the medication as well as other aspects of the rehabilitation process for a more effective and comfortable experience. Additionally, medical detoxification and rehabilitation ensures that the treatment program is designed to suite the needs of every patient. The detox phase is normally offered as a part of inpatient rehab, which mostly takes between 30 and 90 days. With the right treatment center, you will have access to the right medication, therapies and activities to help you recover from your addiction.