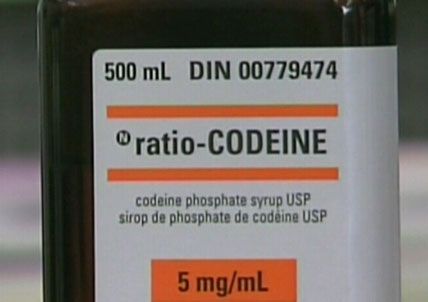 Codeine is a short actin opiate drug prescribed by licensed physicians for pain relief and cough treatment. Though codeine is a moderately strong narcotic it is not to be taken lightly. Like most opiates, codeine is highly addictive and can bring about powerful withdrawal symptoms on abusers upon their discontinued use of the drug.

When codeine is absorbed into the body it enters the brain and causes it to release natural hormones called endorphins, that cause the user to have a feeling of euphoria while under the influence of the drug. Many addicts start off using the drug for legitimate medical reasons, but through time develop an addiction.

The more an individual abuses the drug the more their body will build up a tolerance to it. Those whose body's have built up a tolerance to the substance will find themselves having to take higher doses of the drug to feel the effects. When an addict is finally refused of the drug by their doctor, the feeling of withdrawal can start to set in even after a short time of not having the drug in their system.

Anyone who thinks a relative or close friend may be addicted to the drug should learn to recognize the signs. Signs of codeine abuse can present themselves in various ways. Symptoms can be broken down into four core categories that include: mood symptoms, behavioral symptoms, physical symptoms, and psychological symptoms.

With codeine being so heavily popularized in mainstream music these days, the drug is becoming more and more commonly used recreational purposes. Most people who partake in the recreational use of the drug don't realized how addictive and detrimental the drug can truly be. It is often used with other substances, and can be a key ingredient in the popular drink lean, a concoction that uses prescription strength cough syrup, soft drinks, and sometimes jolly rancher candy for taste.

Codeine can be a tough drug to quit without help. Most addicts can only get clean after seeking treatment at rehabilitation centers. There are many centers dedicated to helping addicts achieve their goals. Amethyst Recovery has an excellent staff and great drug treatment programs. All addicts should know and believe they don't have to be an addict for life.