Anti-Depressants can lead to addiction 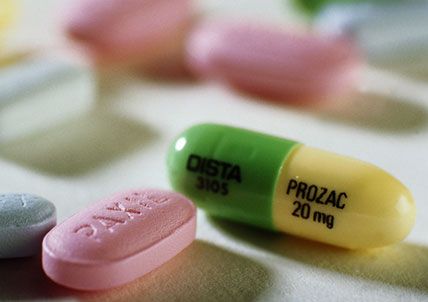 What is an Antidepressant?

The drug that aid in curing various conditions such as: anxiety-attacks, depressions, eating disorders, obsessive-compulsive disorders, panic attacks, and post-traumatic attacks, is called an antidepressant.

An antidepressant can be used alone or in combination with other medications but only when prescribed. Antidepressants are easy to obtain as they are prescribed right away by the doctor. They are regarded as non-habit forming and non-addictive drugs, but when used continuously, they can cause the start of dependence on the drug.

There are many possible causes of antidepressant addictions, some of which are:

1. Even though antidepressants are supposed to be not habit-forming, it can still cause dependence through prolonged use.

2. Antidepressants help boost the feeling of someone who is depressed. He may enjoy the feeling that the antidepressant offers, and continue taking them even when they are not necessary anymore.

3. There are also times when there is an additional depression-triggering event, and a person feels that his antidepressant is not easing his depression issues; he tends to increase the dosage levels. Doing this repeatedly and taking the drug continuously, may end up in developing an addiction to the drug.

4. Some people who never needed the drugs in the first place, can start being dependent to antidepressants. This can happen when they are incorrectly diagnosed with depression, and then consequently prescribed antidepressants.

There are some severe consequences of antidepressant abuse when it is abruptly stopped. The signs and symptoms can be observed from the user’s physical, psychological and personal life changes.

If you feel that you can’t control your habit, don’t be afraid or embarrassed to reach out to your family and friends and ask them for support. Admit that taking antidepressants is becoming habitual for you and ask for their help. They love you and they can help you get to an addiction treatment center.

Some people need a more painstaking treatment plan, but many treatments are available and include therapy, support groups and detox for antidepressants and other drugs.

Outpatient treatment is the most popular form of treatment if you want to give up antidepressants. Continuing therapy is one of the best tools to keep you on your feet.

Do something. Help yourself, take charge of your life and move on.