Heroin addiction is know as being the toughest addiction to overcome, but it can be done. 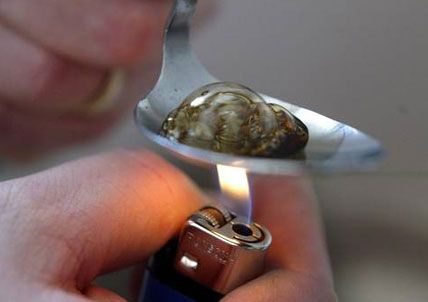 Heroin is an opioid drug synthesized from morphine, a naturally occurring substance derived from the seed pod of opium. Morphine and other opioid medications are often prescribed after surgery or conditions causing chronic pain and are greatly effective. They work by impacting specific receptors in the brain causing the release of anti-anxiety and pain relieving chemicals and other hormones. The physical effects of these medications are both psychological and physiological. The body develops tolerance very quickly, requiring more of the same medication to reach the same level of effect. Heroin abuse often begins after a course of legally prescribed opioid medication is no longer obtainable, although it can be obtained and used strictly recreationally by people who have never been prescribed opioids.

Signs of Heroin Use

Since Heroin is usually smoked, snorted, or injected, it may be possible to tell that your loved one is using based on finding either remnants of the drug or paraphernalia. You might find syringes, pipes, belts or rubber tubing or off-white to dark brown powdery substances nearby.

Physical symptoms include a dry mouth or flushed skin with constricted pupils. Heroin users may nod off suddenly and breathing may slow down significantly. They will exhibit unclear thinking, memory loss, impairment in decision making or thought processing. Other physical symptoms include itching, nausea, vomiting, or constipation causing the user to seek laxatives.

You may also notice lifestyle changes in your loved one. Instability in relationships, job instability, and uncharacteristic secretive behavior may replace other behaviors. Further, heroin addicts may result to stealing in order to continue feeding their habits. If you begin to notice missing items or if their behavior doesn't match the stories they are telling you, you might want to look further.

Dangers of Heroin Use

In addition to severe addiction, heroin users run the risk of incredibly destructive problems, up to and including death. Depending on the method of induction, heroin use can create respiratory issues. Since heroin is often mixed with other substances, these things can also greatly negatively impact health. Further, shared needles can lead to diseases such as Hepatitis, HIV, and other diseases. Injection can also collapse veins causing infection in the heart or abscesses. Lastly, since an addict is only focused on their next fix, they may neglect their health or diet, creating further disease. Overdoses on heroin are often the result of drugs mixed with heroin. When heroin alone is suspected, it kills by shutting down the body's respiratory system.

With heroin use at epidemic levels in the United States, treatment is available. Heroin is incredibly addictive and very powerful, so treatment must be sought in a professional medical setting. Self-treatment is virtually non-effective in combatting severe withdrawal symptoms. Heroin patients should seek professional medical care and therapy while attempting to break the addiction cycle.