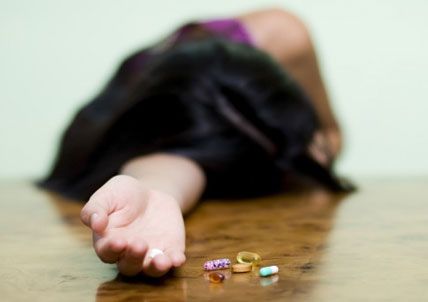 Some of the most common addictions in the United States include:
nicotine, alcohol, marijuana, painkillers, cocaine, heroin, Benzodiazepines (Benzos), stimulants, inhalants, and sedatives. Nicotine affects just over 40 million individuals. This addiction affects the most people partly due to the fact that it is legal and because individuals do not notice the damage that is being caused until they are heavily addicted.

Alcohol addiction affects close to 18 million people. Alchohol's ranking as second most addicting substance is also not surprising since it too is legal to purchase and consume. This addiction may also be one of the most difficult substances to notice, as it is socially acceptable in many circles and moderate alcohol consumption does not make one addicted.

Marijuana comes in third affecting 4.2 million individuals. This addiction is again becoming socially acceptable in many circles as states are starting to legalize the use. One of the most unnerving parts about this specific addiction is the increased rate that individuals are becoming addicted- almost 60% in the last decade alone!

Painkillers come in fourth, affecting 1.8 million individuals. This is one that can easily sneak up on individuals as they may be getting treated for pain with painkillers, but then find that they are unable to stop using the the pills due to the strength and longevity that they used them. Those who are addicted to painkillers may acquire the drug legally through a prescription or they could find alternative ways.

Cocaine comes in fifth, affecting 821,000 individuals. Cocaine is very addicting and destructive and has negatively affected many lives (both to those using and those who know someone who is using). The good news is that those affected by cocaine use is decreasing.

Heroin comes in sixth affecting 426,000 individuals. Unlike cocaine, the number of those being addicted is increasing, especially among women in the United States. One large drawback of this drug includes the likely spread of HIV/AIDS. This is also a very tough addiction to break and individuals typically will need to go through a special program to help them beat their addiction.

Benzodiazepines (Benzos) effects 400,000 individuals. Many who are addicted have suffered from stress and/or anxiety. Individuals do not realize they are addicted until they try to remove themselves from the drug. This is also a difficult addiction to break and medical overview is recommended as this drug changes the chemical makeup of the brain.

Stimulants affect 329,000 individuals. Stimulants range from prescription to illegal purchases. Most bodies adapt to the drug, so individuals start to crave more- this makes drug overdose a high probability.

Inhalants affect 140,000 individuals. Inhalants are toxic and can stay in the system for long periods of time. The effects of this drug often lead to hospitalization or death.

Sedatives (sleeping pills) affect 78,000 individuals. This drug is often taken to ease tension and receive a better night sleep. Individuals build tolerance to these drugs which often leads to the addiction. The addiction often continues due to mind-altering effects.